Neshama Carlebach: A Life in Song and Struggle 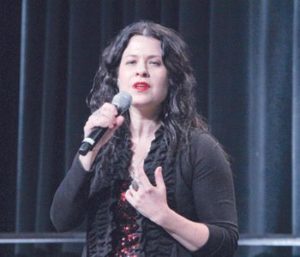 Neshama Carlebach has traversed the universe of Jewish music. Each step she’s taken has brought her to a wider audience. And, each step she has taken along her path has been accompanied by controversy.

Carlebach’s father, the charismatic Rabbi Shlomo Carlebach, brought his daughter, Neshama, on stage to sing with him in her first public appearance as a teenager. For some in the Orthodox community, hearing father and daughter on stage together was transcendent, a bridge between Reb Shlomo’s compositions and the next generation. For others in the Orthodox community, Neshama’s onstage singing voice was a religious scandal, a violation of kol isha. A Talmudic prohibition, kol isha prevents a man from listening to the singing voice of a woman, because it is arousing and thus immodest. (There is rabbinic disagreement regarding the scope of the prohibition.)

While Reb Shlomo was alive, he confronted the issue directly. Upon introducing his daughter, during what turned out to be his last tour, Reb Shlomo told those in the audience who might be offended to go outside while she performed.